My sister, Christine, and I both love to throw parties. So, when we found out that the birthday party for my grandmother {you remember, I told you about it earlier this week}, was being postponed until next month, we decided to have an impromptu party of our own.

I visit Christine in California once or twice a year, and each time I get to know her friends a little more. This cocktail party would allow not only my sister to spend some time with them, but myself as well.

My sister hosts parties on a regular basis, and if there’s one thing I’ve learned, it’s that the secret to successful parties is all in the prep work. Do as much as you possibly can ahead of time.

The day before the party:
We grilled burgers for dinner the day before the party, so we took the opportunity to grill the veggies for the dip. They were cooled off by the time we were ready to make the dip after dinner. The energy bites were also prepared so that they could chill overnight and we toasted the baguettes for the crostini. 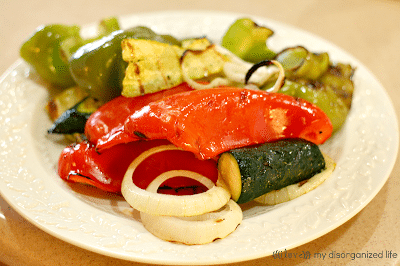 The day of the party:
Since my sister has three children and I had Mark Jr with me, we decided to save the house clean-up for the morning of the party. We moved from room to room, working as a team, to put everything in its proper place. Christine had already done a deep cleaning of her home before Jr and I arrived, so only a little dusting and a wipe down in the guest bathroom was needed.
And of course the Kleenex Hand Towels were put in place. Their unique, Cottony-Soft™ towel is free of inks, dyes and fragrances and highly absorbent – drying hands effectively. 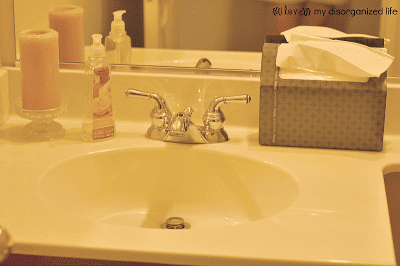 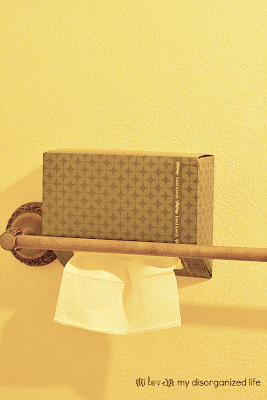 The pork roast was put in the slow cooker {frozen-no defrost time needed} the morning of the party so that it would be ready and warm when needed. The pinwheels were easy to assemble and had a short baking time, so we were able to do those the day of the party as well.
For the sake of saving time, we purchased pre-cut fruit for the kabobs and enlisted the kids to help assemble them in the afternoon.
We squeezed fresh lemons & limes for the spritzers and mixed it with vodka. Having a pitcher ready makes it easier to mix drinks for guests.
There is truly something to say about being prepared for parties; it can be the difference between success and failure.
Be sure to enter my giveaway to win your own box of Kleenex Hand Towels here.

I was selected for this opportunity as a member of Clever Girls Collective and the content and opinions expressed here are all my own.