I know I’ve been MIA for the last six months, so let’s just wipe the slate clean and start afresh, shall we?

SO much has happened this month, and it isn’t even over yet!

1. 4th of July for starters. Grilling, swimming, fireworks. Doesn’t get much better than that. Of course we had rain. (really Tucson, REALLY?!?)

2. But then there was my birthday. And I got a wide angle lens for my camera (thanks honey, you’re the greatest! Now to figure out how to use it) And my mom got me these really AWESOME slippers. And pj’s to go with. Can I just say that I LOVE Hello Kitty? I’ve known her forever. I mean, we totally grew up together. She was practically my best friend. So sweet and lovable. And she hasn’t changed a bit! 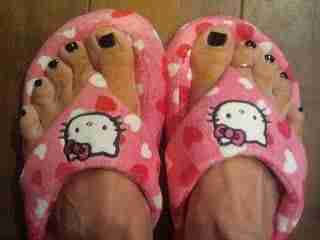 3. Then my sister Christine came out to visit from California. We had such a great weekend. We had a massage, we layed out by the pool, we ate, we drank, and caught up on all sorts of stuff!
4. Spider Veins….. the Varicose Vein’s little cousin. I have been wanting to get rid of these babies for a VERY long time. I finally did it.  Well, almost. It is a process so I will be doing updates for you. 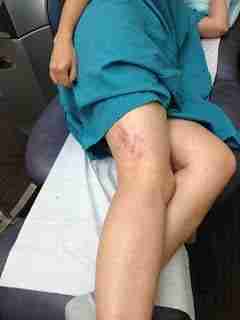 5. My wonderful husband Mark took me to see Pat Benatar in concert! I have to say, she’s turning 60 and she STILL ROCKS! She was amazing. Period. We saw her at The Fox Tucson Theatre. It’s this wonderful historic theater in town that was built in 1930. Check it out, it’s beautiful! We will definitely be going there again. 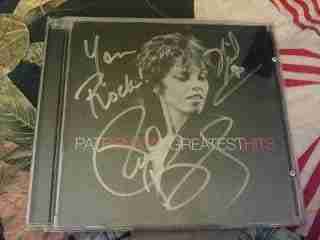 6. My daughter Carolyn’s dog Rylie had puppies on Thursday. Eleven of them. Yikes.

7. I helped a friend pack on Friday. Whew….that was a tiring five hours!
8. My dog Luci had puppies on Friday night. Nine of them. DOUBLE YIKES. Yes, it was planned. We have been breeding Golden Retrievers for over 10 years now. No pictures. Yet. Would YOU want YOUR picture taken this soon after having THAT MANY BABIES? Ya, me neither. Plenty of pictures to come. I will be doing an eight week series on them. That way we can watch them grow together.
And there is still more going on this month…..
1. My Grandma Dora turns 96 this week. She is an incredible woman. She still worked in her garden up until a few months ago. She has the most amazing roses. And the best chicken tamales. I’m driving out to see her in a couple of weeks. Can’t wait. She’s got some pretty cool stories. But we’ll save those for another post. 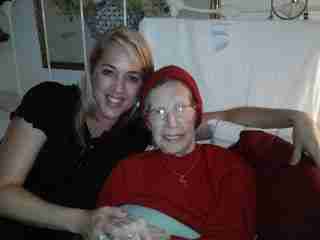 2. High School registration for my middle and youngest daughters (Carolyn will be a Senior, Corrie a Sophomore) And with that comes school shopping. Our ten-year-old son Mark Jr has already been asking for a new backpack. And it’s well deserved. He’s used the same one for the last 2-3 years. It’s hard to believe that my baby is starting the fifth grade already!
This is just July, people. In late May early June we drove out to California for a couple of graduations, saw my Grandma Dora and went to Disneyland. Not to mention my parents’ 70th birthdays, my mother-in-law’s birthday, Mother’s Day and Father’s Day, my daughter-in-law’s birthday and the one-hundred other things I’m sure I’m forgetting! I tell ya it’s been C-R-A-Z-Y around here! And I haven’t even told you about the mini re-model and the new solar panels (almost ready to go!) But that will have to wait for another day.
So that’s what my summer has looked like. What about yours? What have you been up to? Let me know, I’d love to hear from you!
« Ready, Set, Declutter…
Spider Vein Series Part 1 »