This fun Father’s Day tie printable is the perfect topping for Father’s Day gifts and even for dad to wear on his special day! 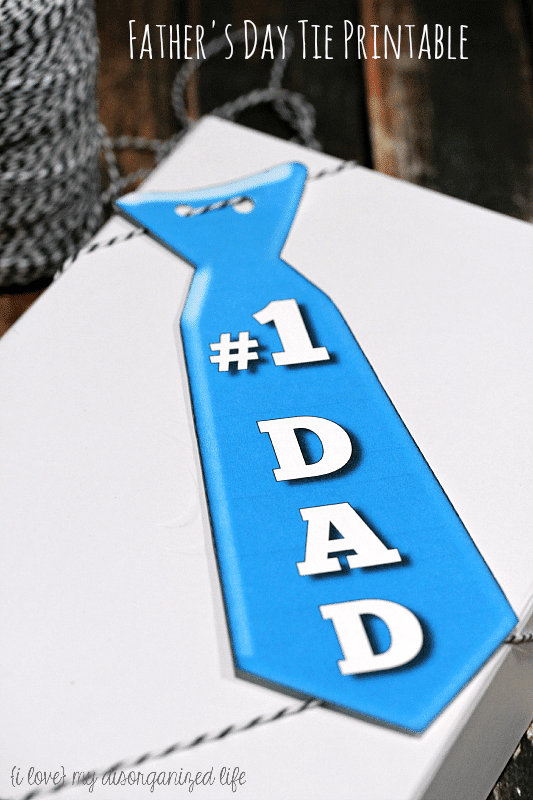 Somewhere along the line, {back in the 40’s or 50’s perhaps?}, it was decided that dad needed a new tie at least once a year, and the best day to give a tie was on Father’s Day. Apparently.

These days, dads don’t wear ties as often as they once did. Many workplaces are more casual then they used to be, and, with the introduction of the internet and various other technologies, more and more dads are even able to work from home.

And, let’s face it. Most dad’s like receiving ties on Father’s Day about as much as most mom’s like getting a toaster on Mother’s Day.

Unless they’re an adorable Father’s Day tie like this one! 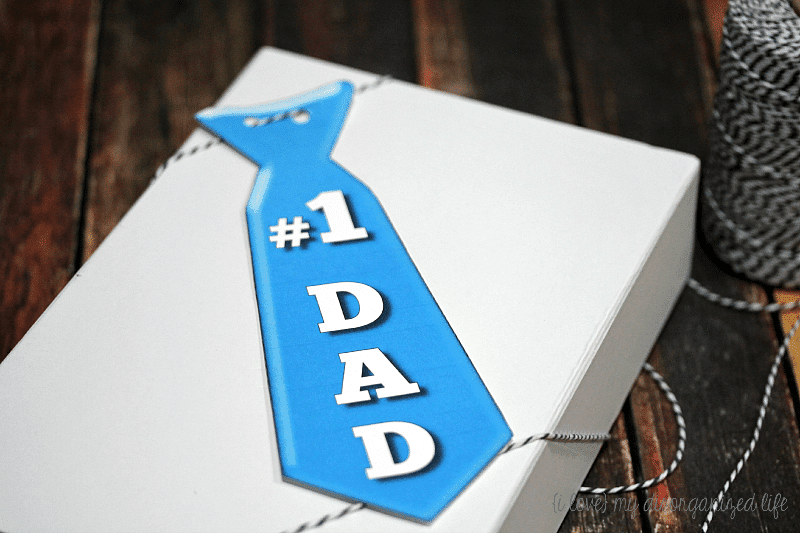 I will admit, however, that there is an element of fun giving Dad the forever traditional tie. This year, though, instead of giving him a cloth tie, how about a tie you can top his real gift with and even wear {for fun, of course} on his special day? Simply download, print, cut out and tape or punch holes to tie to a gift box or bag.

You know what else would be really fun? Instead of using the printable tie as a gift topper, why not print multiple and make a banner with them?

First, decide how long you want your banner to be.

Next, print, cut and punch holes at the top of each tie. All you need to do now is string them together to create a fun banner.

With two different designs to choose from, you can use one Father’s Day tie printable, or both! 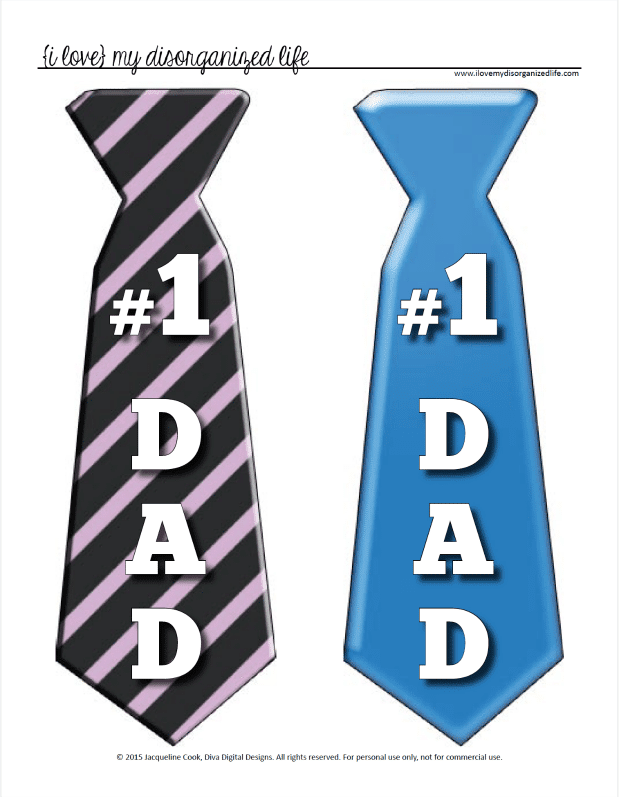