I was recently invited to attend the  Drive it Home Show presented by the Allstate Foundation and the National Safety Council. The purpose of the event was to educate teen drivers and their parents on teen driving safety. The show consisted of a skit performed by comedians from The Second City in Chicago It was hysterical. 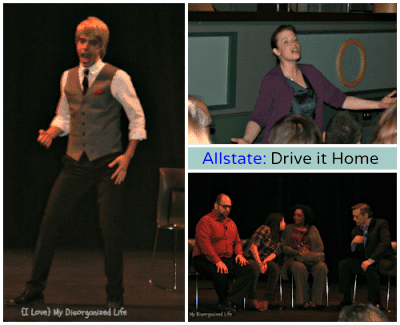 Clockwise from the left: ‘Wrong Direction’ performed  2.The host of the show engaging
with the audience  3. A family receiving much needed counseling from
Dr. Bill Bythehour

We also heard from Leeana Clegg, whose 14 year old son Hunter, lost his life in a teen driving accident in 2009. It was completely preventable. The driver, a 17 year old, had just gotten his license and was only supposed to have one person under the age of 18 in the vehicle with him. There were three. If someone, anyone, had spoken up about this, Hunter would still be alive today. It truly broke my heart. All I could think about was my 16 year old daughter, who is about to get her driver’s permit. 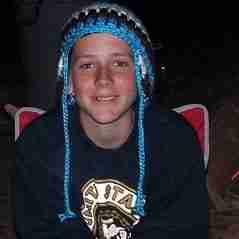 Did you know that the risk of crashing increases by 100% for each passenger under the age of 18 that is in the vehicle? In Hunter’s case, there were three. That’s a 300% increase.

Research regarding Arizona teen drivers shows:
The research is clear. Parents and teens both agree that they need more experience while learning to drive and continued monitoring and boundaries after they receive their license.

Arizona law requires 30 hours of practice driving while holding a permit, 60 hours is the recommended number of hours given by the National Safety Council. And while the law also allows one passenger under the age of 18 during the first six months after receiving a license, it is recommended that there be NO underage passengers during that time {remember the stats I gave you earlier? 1 under 18=100% increased risk, 2=200%, 3=300%, and so on}.

The Allstate Foundation and National Safety Council urge parents to take these simple steps with their teen driver:

Going to this event has opened my eyes to the importance of parents’ involvement in their teens learning to drive the right way. I will certainly be more aware of my own driving habits, since, as parents, we are role models for our children. And as tempting as the freedom is for both teens and parents alike, it is important to make sure our teens have enough experience before they hit the road. I am looking forward to utilizing tips from Drive it Home. I want to be sure that my daughter is as best prepared for driving as she can be.

For more tips and a parent/teen agreement, visit Drive it Home.

Drive it Home is coming to cities across the country in a series of shows. The shows take a comedic approach to the topic of teen safe driving and give local parents the chance to win a free Chevy Cruze and gas cards.  To get additional information on the dates of the tour, visit Drive it Home. 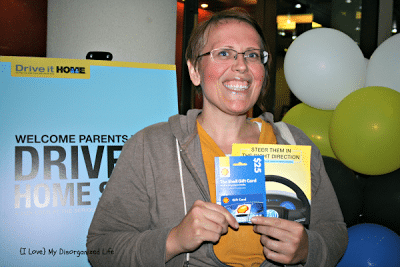 I was selected for this opportunity as a member of Clever Girls Collective, and the content and opinions expressed here are all my own.