*I was provided the opportunity to visit the Arizona Science Center and Lost Egypt exhibit through a campaign with Blended Extended. All opinions are my own.

I love to spend time with my kids and grand kids, but it’s even more fun when I do things with both of them. Jr had been to the Arizona Science Center on a field trip with his school last year, so he had already told me a ton of cool stuff about it, but, this was before the Lost Egypt exhibit started at the end of May.

Right when you walk in, you can feel yourself being transported to another time. 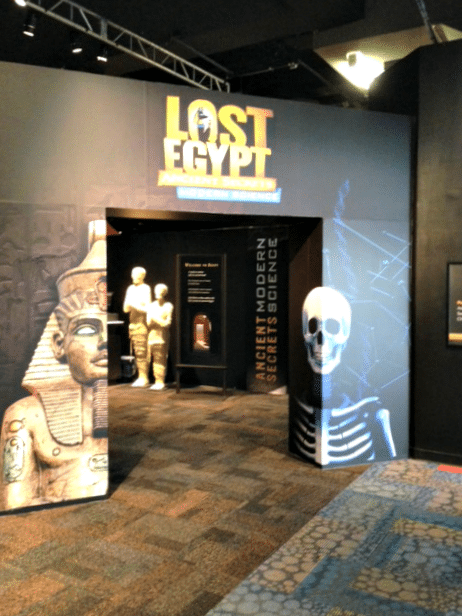 You can view modern equipment along with artifacts, like hieroglyphics {this one is a hunting scene}, papyrus scrolls, wooden boxes and jars. 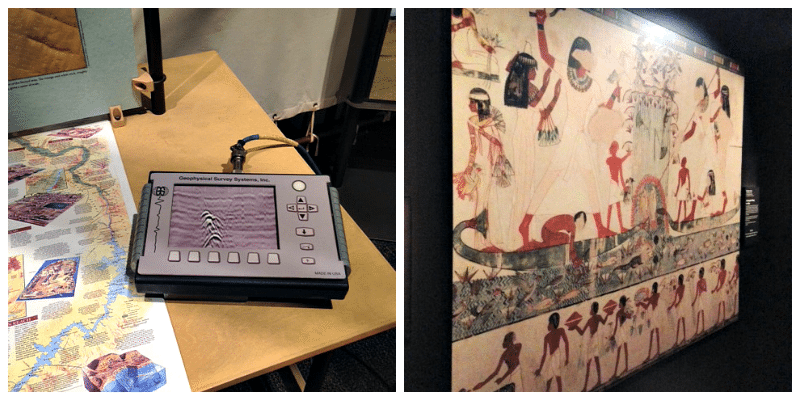 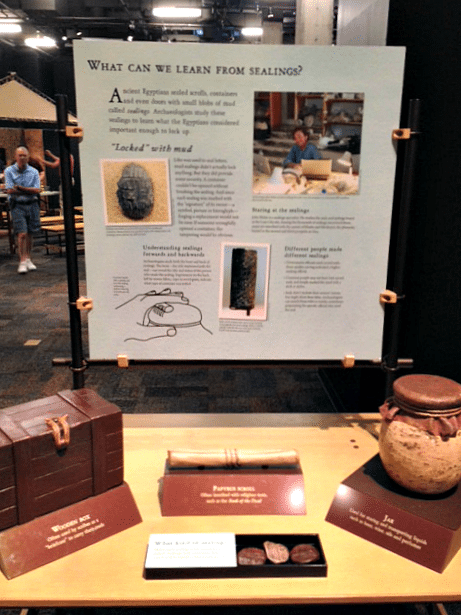 There are some fun, interactive things to do as well, like building your own pyramid. The little ones loved having their picture taken on the camel, although it was hard to get a good one, because they’re so wiggly. Jr was just sort of annoyed with it, but knew it was best to do as mom asked lol {holy camel, batman, is his hair really that long?} 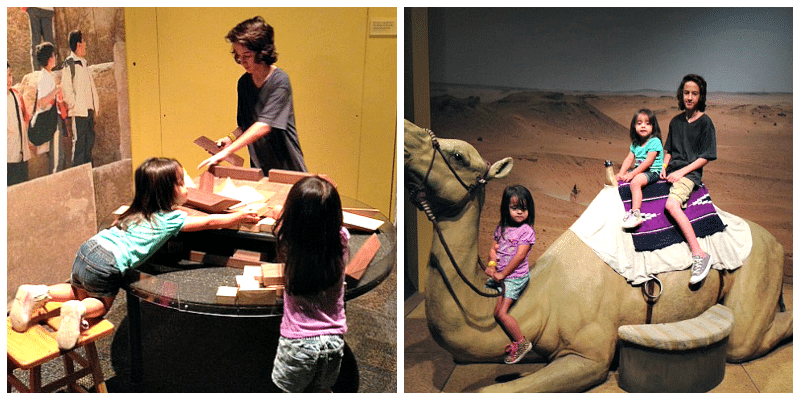 What was the most interesting to me was the mummy they had on display. There was no way to identify her, but because of the way she was prepared and buried, plus using modern science, they were able to narrow down some specifics. She was only between 16-18 years old, and did not appear to be a slave girl, because her hands were soft and not worn. One of the scientists nicknamed her “Annie”. She really has an amazing story, so you definitely want to go and read about her.

We were treated to a demonstration about mummification, but it was kind of gross, if we’re being honest. They used a dummy, obviously, but the ancient procedures were rather disgusting. {I won’t go into detail, but, let’s just say that we should be thankful we don’t do things like that in modern America 😉 } 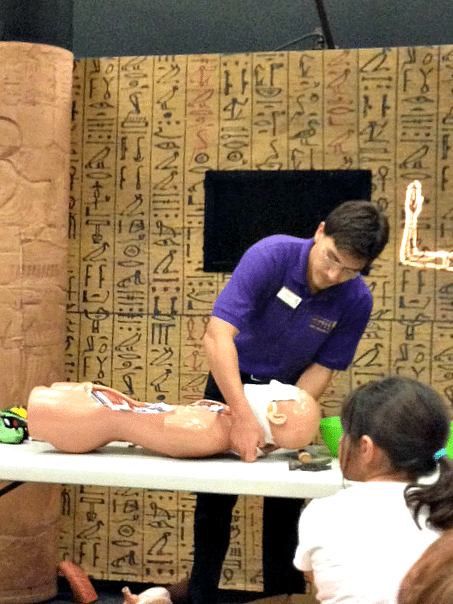 There’s a ton more to do, not only in the Lost Egypt exhibit, but in the science center as well. The kids were having so much fun, they little ones were actually upset we were leaving. It was definitely worth the 90 min drive from Tucson, and I’d love to go back again to revisit some of our favorites and see things we missed this first time around.

The Lost Egypt exhibit is only here until September 1st, so be sure to head out to Phoenix to explore it while you can.

Want to win one of 3 Family Four-Packs to the AZ Science Center? Enter via the Rafflecopter form below!

About Lost Egypt: Ancient Secrets, Modern Science:
Lost Egypt was produced by COSI in cooperation with the Science Museum Exhibit Collaborative, and was designed and built by the Science Museum of Minnesota. Artifacts are on loan from the Brooklyn Museum and The Academy of Natural Sciences in Philadelphia.

About Arizona Science Center:
The mission of Arizona Science Center is to inspire, educate and entertain people of all ages about science. The Center, located at 600 E. Washington Street in downtown Phoenix, features more than 300 hands-on exhibits, live demonstrations, the state-of-the-art Dorrance Planetarium and a five-story IMAX® theater. For more information, visit www.azscience.org or call 602-716-
2000.

*I was provided the opportunity to visit the Arizona Science Center and Lost Egypt exhibit through a campaign with Blended Extended. All opinions are my own.